Can’t believe it’s already 2013! We’ve had quite the crazy last few weeks here in the Hunter home. Christmas was SO much fun in New Mexico with my family. Christmas Day was just FANTASTIC! Scott got to experience the Hansen family tradition of Santa leaving a creative obstacle course outside of the kids room (we all sleep in my room- it’s tradition).  This years obstacle course involved crawling through tunnels, under tables, and running into invisible walls of saran wrap while the entire floor was covered in bubble wrap.  Love it! Such a fun tradition! For the first time since we’ve lived in Santa Fe it snowed on Christmas! It was so much fun and so beautiful. Then we opened presents and had too much fun watching little Emily’s reactions. Santa also always leaves a scavenger hunt and at the end is a gift for each of us. We got to the end of the scavenger hunt and there were 3 gifts. Automatically Emily said “Oh Scott got left out”, when really one of the gifts was for Scott and me. Basically, Emily is hilarious.  For the first time ever the kids made Christmas breakfast (there were finally enough of us!). We spent the day, playing with our presents, and just relaxing. Christmas dinner was delicious! Overall, It was such an awesome day!! 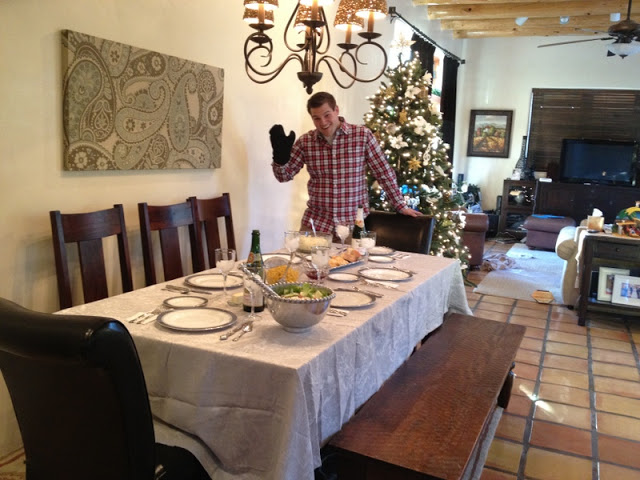 While Scott was sick, I decorated our home and experimented with wedding gifts. Who knew kitchen appliances were SO MUCH FUN! KitchenAids are awesome! You can make cookies in half the time (which might not end up being a good thing;) and I made my first batch of homemade pizza dough.
Once Scott was finally better we had a little party to watch the BCS national championship. The game was a huge disappointment! At least our panini bar was awesome! (Thanks Santa for the Cuisinart griddle!)
Now it’s back to real life. I’m back in school and Scott is back to work. I can’t believe it’s my last semester of college! Where did the time go? But you know, it doesn’t seem like I’m even close to being done because I just turned in my graduate school applications. As soon as I graduate, I’ll begin again! 🙂
So since Scott’s Birthday was so miserable for him I wanted to surprise him with a weekend Stay-cation! He thought we were going to Salt Lake City to have dinner with some of my friends, but little did he know. We had the most AMAZING weekend! It was a blast! We stayed at the Little America and took the tracks down to City Creek for dinner at the Cheesecake Factory. Scott still thought we were meeting my friends for dinner and he was totally surprised to walk up to his whole family at the table. I love surprising him because it is hard to do!! Saturday morning we took the tracks back downtown and did a session at the Salt Lake Temple. It was such a perfect weekend. I love my husband. Everyday is a blast when you spend it with your best friend!
Today I finished decorating our house. Having your own place is super fun! I’ll post about it next time!
P.S. Scott got his diploma in the mail today. He’s an educated man now. 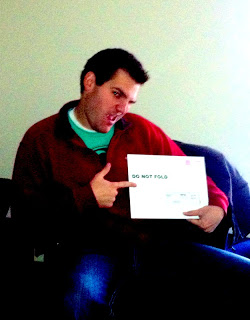 Fill out the form below to subsribe to my newsletter for updates!